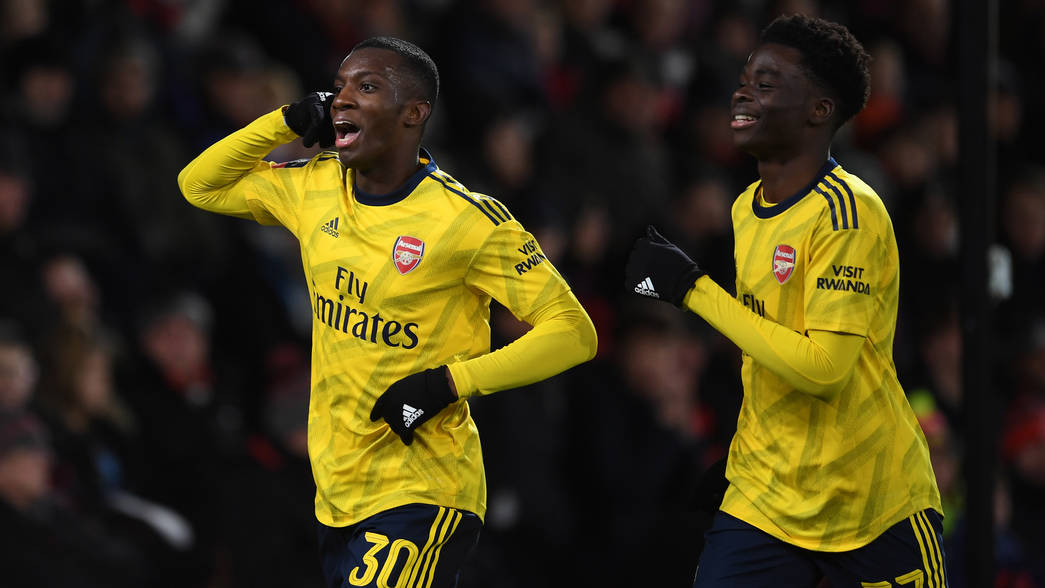 On the 5th minute of the game, Bukayo Saka rifled in a shot from a tight corner in a calm and coldhearted manner that accentuates the teenager's improvement in the past few months but most importantly, his display mirrored that of the team. We're looking like a well drilled machine that takes no chances for granted, smothers our opponents and do all the things we expect a modern day football team to do.

Seeing Eddie on the team sheet gave me joy but I never expected him to be on the scoresheet in his first appearance since his failed loan deal at @leedsunited.The first half was basically a stroll in the park and bar Harry Wilson's volley from a tight angle, we were largely unperturbed by the Cherries, and we certainly picked them.

Arteta chose to field a relatively young side but fused it with experience; players like Nicholas Pepe(who's really improved lately), Xhaka and for the latter part of the game, Mustafi all played well with their younger counterparts in Martinelli and Nketiah, Guendouzi and Holding respectively.

The football on show was far from vintage and despite creating a few chances, we spent a lot of time playing square balls and lacked invention. However, whatever we lacked in creativity, we made up for it in pure athleticism and that was largely down to the youth in the squad. Willock, in particular, has always been a force to reckon with and on the night, the young midfielder was literally running things and causing a problem for the Bournemouth defence with his power and drive that led to the first goal.

The victory was a team effort and it was nice to see everyone playing together as we did. Victories have been hard to come by in this weird season but with Arteta in charge, it genuinely feels like we're making progress and on track to fixing our season. After the victory today, we move to the 5th round of the FA Cup and will play against Portsmouth and while the EPL trophy is completely out of sight, the FA Cup and Europa league are still fair game.

Arteta has brought some joy to the Emirates and made us a difficult team to beat or even play against. All we need now is the belief and confidence to string a few wins together, and before you know it, we'll be knocking on the door of the top4, who is only ten points away. We have roughly 50% of the season to amend the errors of the first half and on our current trajectory, it's not folly to hope for something tangible. Until we meet again, up the Arsenal.