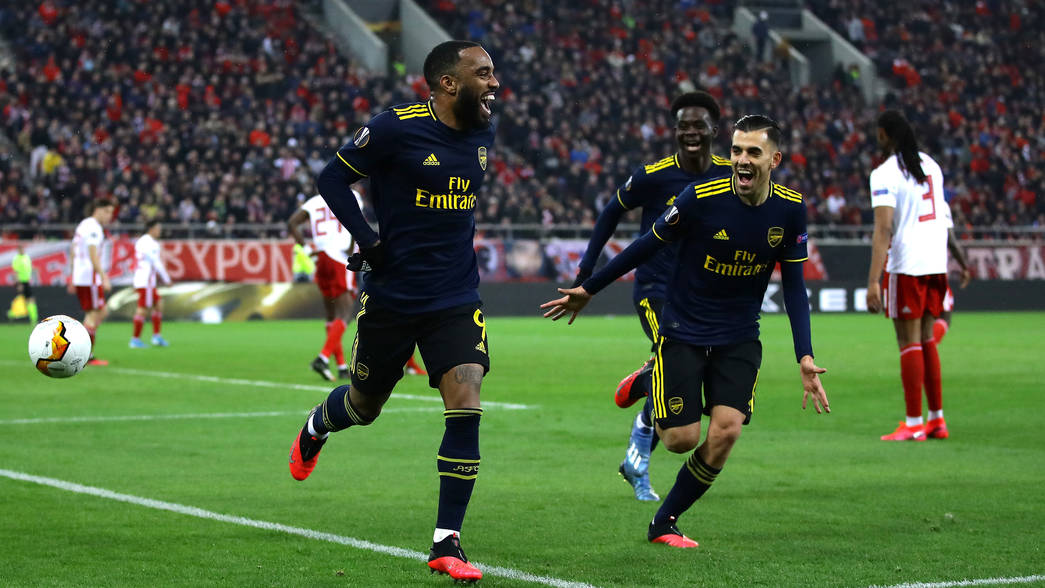 We had an entertaining but daunting fixture against Greek champions, Olympiacos who got demoted to the Europa League after finishing third in the Champions League group. The Greek side has gone 24 games unbeaten as they sit on top of the division and have been largely resolute for most of the season. This game was going to be anything but easy and represents one of the toughest fixtures of Arteta's time in charge at Arsenal because first of all, our opponents are no pushovers and then, of course, it is a high stakes situation because of how important the Europa League is for our season.

The game started at a fast pace with the Greek side taking the initiative in front of their 29,000 plus fans watching at their home ground. They really should have been a goal ahead after 8 minutes but fluffed a guilt-edged chance. That sparked a reaction in the gunners and we also made a few forrays forward, with Lacazette missing the opportunity of a tap a few minutes after. The rest of the scoreless first half was filled with chances, half chances and resolute defending.

One thing that has been lacking so far this season is confidence and on the day, we had a lot of it showing. The players were not afraid of trying things and seemed more fluid. There was also a distinct improvement in our energy levels, accentuated by Willock's constant running and pressuring opponents defenders.

It was very nice to see Lacazette being amongst the goals after missing a wonderful opportunity crafted by Martinelli early in the second half. The French striker has been under a lot of pressure lately but I reckon scoring back to back goals will do his confidence a world of good.

The real stars of the show were our backline, with Leno, in particular, pulling off some glorious reflex saves that kept us in the game. In the not so distant past, games like these would have ended in a stalemate but things seem to have drastically improved under Mikel, with the team keeping back to back clean sheets for the first time in Donkey years.

We're still not across the line yet but getting an away victory is a step in the right direction. We have to make sure we finish the job in the reverse fixture at the Emirates in two weeks time. Our next game is the resurgent Everton currently managed by the very experienced Carlo Ancelotti. If we play to our strengths and keep our heads down, we can come out with a positive result in that game. Until we meet again, up the Arsenal