Okay, that's it, I'm done with these guys. Okay, maybe not done but I'm done. This was yet another frustrating game in one of the most frustrating seasons ever. Being an Arsenal fan should be classified as an extreme sport and I swear this team is trying to screw up my blood pressure level. 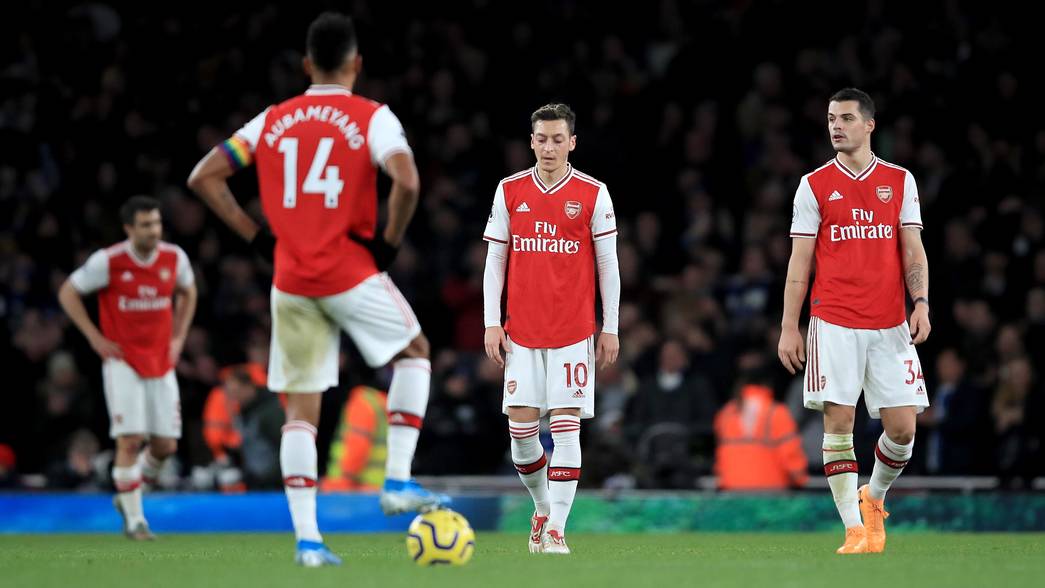 Everything about the game frustrated me. Never mind the patches of good form and moments when we looked good; the reality is that we were outplayed on our own turf for a large portion of the game.

We started the game with intensity but weren't really threatening and even that lasted under 15-20 minutes of the half until Brighton took over. After minutes of probing and chances created, Brighton deservedly took the lead through Adam Websterin the 36th minute. We still showed the same frailties in defence and poor marking.

Brighton set out with a high line that caught us out on numerous occasions. The inability of our forwards to deal with something as basic as a highline was frustrating, when you consider we have a lot of pace to burn and a yard or two shouldn't matter.

There were flashes but nothing sustained and elaborate enough to even matter. Our passing and movement of the ball was terrible and were completely dominated in our turf as we could only manage 49% of possession all through the game. The passes were mostly short, bar those hopeful long balls David Luiz constantly tries and fails. Despite this, our ball retention was awful and passes were all over the place.

The season is long and if we' struggle like this at home against a team like Brighton(no disrespect), then it means the worst is yet to come. That really makes me want to coil up somewhere in a deserted Island with no television or internet and cry myself to sleep. With this loss, we stay at 10th position with 19 points and a -2 goal difference after 15 games played.

There's the Manchester City game that's looming large, we're no longer in the race for the top 4 and at this point, it looks like we're fighting for our Premier League survival. I hope it doesn't get that bad. Win, lose or draw, we go where the team goes. Up the Arsenal