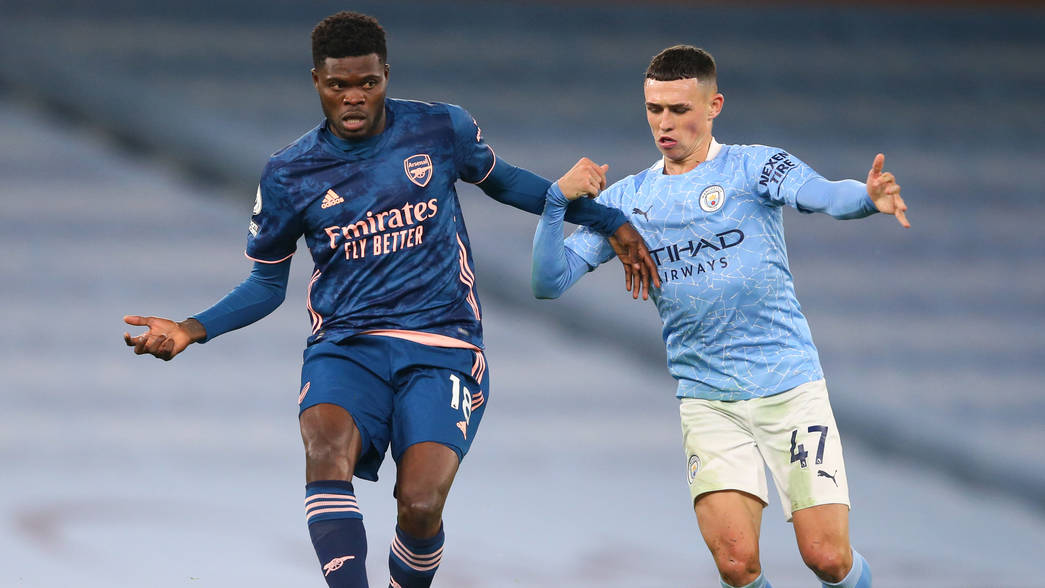 This was one of those matches that had "end to end" stuff but ironically didn't have enough end product. The Citizens set out to attack us from the start and were probing in the early stages. However, as the game wore on, we got more comfortable and started imposing ourselves a bit more.

For Manchester City, it was Mahrez and sometimes Raheem Sterling doing most of the damage, while at the back, thanks to our lack of creativity, they were largely unbothered. The only goal of the game came as a result of a sloppy pass in our half, which was a common theme throughout the match, largely to the press from the citizens.

Despite how frustrating the match was to watch, particularly in attacking positions, I respect the courage and heart the players showed throughout the match.

We set up in our usual 3-4-3, with Saka on the left and Bellerin on the right. The wing backs play an important role in Arteta's system and in games like these where total concentration is required, you could see their importance.

Our best attacking outlet by a mile was Bukayo Saka; the talented footballer played as the left wing back and offered width and drive whenever he had possession. His diminutive stature combined with his improved sturdiness means he could weave through lots of opposition legs and get into dangerous positions. Sadly, none of his deliveries or the freekick he won amounted to anything.

We're still quite clearly a work in progress, and I'm sure Mikel knows he has his work cut out for him. WInning the Fa Cup was no mean feat but the celebrations have ended and now it is business. We have to be a side that wins games and it is something that must be on the coach's mind.

Looking at how we set up the team, you get the feeling that Mikel's priority is defending, or should I say, making us more difficult to beat. Manchester City caused us many problems at the back but bar the chance for Foden that cannoned of the body of Leno, and the near own goal from David Luiz, we were largely unbothered throughout the game.

It is 26 games without an away win at a "big 6" side. However, going by what i saw today, I think we will be annulling that unwanted record very soon. For now, we regroup and get ready to go again. Our next EPL fixture is against Leicester, but that comes right after a trip to Rapid Vienna. How does the season go? What are your expectations? Are you still bullish about the Mikel project? Until we meet again, up the Arsenal.