I wasn't able to watch the match live because of my terrible internet yesterday. However, after watching a while ago, and despite seeing highlights of the match, it was still a "heart in mouth" type of game to behold.

I don't think there's any team in World football right now that would want to look at their fixture list and see Liverpool appear twice. To make matters worse, it was twice at Anfield, a place where they've not lost any match in donkey years. 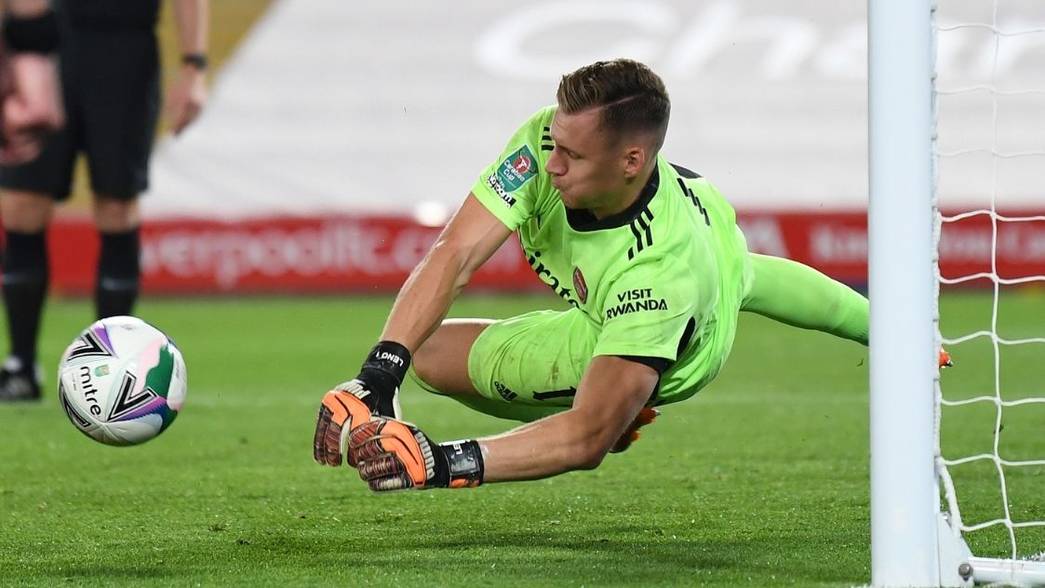 Arteta fielded a relatively weaker team to the one that went up against the Reds on Monday and while we did come out with a victory on penalties, it was a chastening reminder of the gulf in quality between Arsenal and Liverpool.

This game pretty much continued from where we stopped on Monday, as Liverpool kept Leno busy for large spells. Time and time again, the reds pressed forward, constantly probing and creating dangerous chances.

It is difficult to decide if we were ineffective of simply because we were balled out of the park, but just like after Monday's defeat, it is weird to compliment anything other than the Goalkeeper.

When Arteta placed his faith in Leno and allowed Martinez to go to Aston Villa, there was some discontent from the fanbase, but yesterday, Leno showed why the manager had so much faith in him. The German shot-stopper turned up with a 5-star performance that culminated in saving two penalty kicks and invariably getting us to the Quarterfinal.

Unlike the Fa Cup, we generally don't do well in the Carabao Cup, losing 6 out of 8 final appearances in recent times. However, for Arteta and Arsenal as a whole, every trophy counts. We need to put in maximum effort in ensuring that we're competing for every competition and get as much as we can. Next match is Sheffield United at the Emirates, and another opportunity to for the boys to show what they're made of. Until we meet again, up the Arsenal.