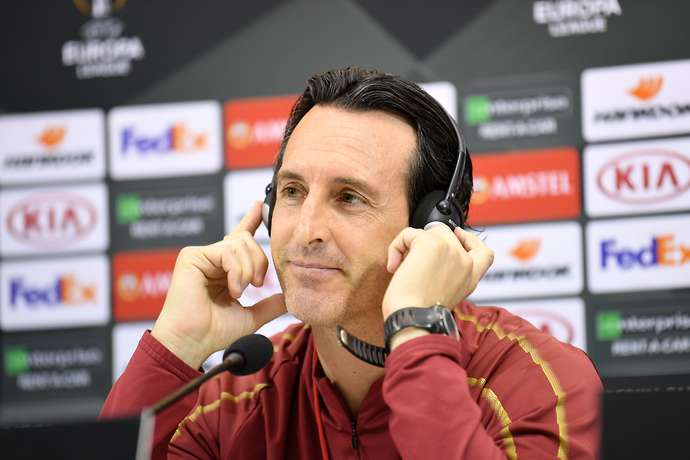 Footballers and managers are constantly in the public's eye and that means that everything they do or say can and will be used against them. Mainstream media agencies are quite good at taking a story and spinning it out of context to fuss a narrative that a large section of the population eats up verbatum because they are "reliable sources".

In an interview with Guilleme Balague, Emery finally opened up about certain issues during his time at the club. His words seemed to have been taken out of context, with numerous "reliable outlets" claiming he made tongue in cheek remarks against Wenger, blamed the players for the struggles and many other things that are not quite true.

Despite how things went south, I liked Unai as a person. Things didn't work out on the pitch but he always seemed to have his shit together and carried himself with dignity throughout his time. Fans had problems with his "lack of transparency" but I was fine with keeping your cards to your chest and the only reason why they were angry was that things weren't working out.

In this interview that has been misquoted in a lot of outlets, Balgue questioned Emery on some sensitive issues; starting from how he found the job, his management style at the helm to his struggles and eventual dismissal.

For the most part, Emery talked candidly about his time at the club and never said anything to put the club or current squad in disrepute. He highlighted how injuries to key players like Ramsey and Holding affected the tail end of his first season that ended in capitulation. However, he didn't express it in a way to blame the players, but only responded to the line of questioning that was focused on his travails.

In the interview that lasted 35 minutes, he also talked about how things deteriorated in his second season, despite his hope of building on the achievements of the first season. What he didn't do is take a swipe at Arsene Wenger in any way but in some blogs, you'd read how his statement about making the team competitive is intentionally misconstrued to suit the Anti-Emery narrative that still persists, despite being out of the club.

Another interesting topic was his struggle with English and communication that was overemphasized, particularly when things started going bad. He admitted to having issues with English and that communicating with the squad wasn't always easy but he did his most to get his message across and that judging by the players reactions and facial expressions, they understood him.

Then he talked a bit about transfer dealings that may have affected the team in his second season; losing his four captains and most notably Aaron Ramsey, a player he seemed to fancy. He talked glowingly about the tactical challenge he faced with utilizing attacking assets and blending them to suit the high-pressure football he wanted at the club.

There was no point during this interview where Unai made any remotely negative comment about the club and ended the interview by thanking the fans and appreciating the short time he spent at the helm. After watching the interview, the only thing I felt for the man was genuine affection because whether it is a PR stunt or not, he genuinely seems like a good person. Things may have not worked out for Emery at the club but he doesn't deserve the level of hate and animosity he receives from the fan base.

He really seems like a lovely person and I wish him well in his future endevours. Until we meet again, up the Arsenal.