Nicolas Pepe joined Arsenal from Lille in what is still our most expensive transfer ever. He joined amidst a lot of fanfare, but despite the transfer fee and seeing flashes of his brilliance, we haven't still seen the true depth of his quality and one big obstacle is the tactics employed by the current manager. 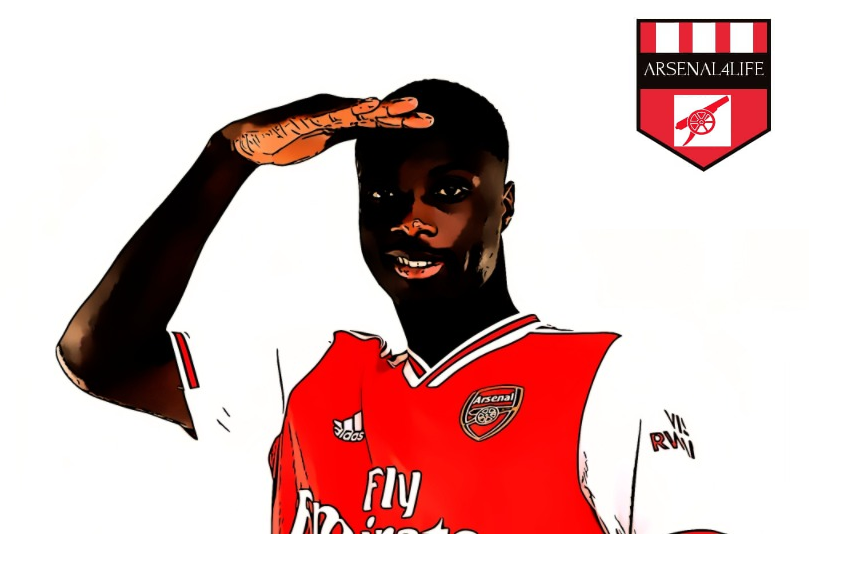 Mikel Arteta came into the team at a weird time, to say the least, and in the short period he's been around, he has managed to steady the rocking ship. For the most part, he seems to have focused on fixing the spine of the team by making us more difficult to beat, but due to his tactics, the attack has suffered, and one man in Nicolas Pepe, has felt it the most. On paper, the team is shaped as a 3-4-3, with two wingbacks providing support and two central midfielders. The obvious issue with this system and reason for our lack of creativity in the final third is the fact that we don't have any player in the Mesut Ozil mould that will take the responsibility of creator at the top half of the pitch.

Due to the lack of creativity up front, we largely rely on overpowering our opponent with overloads. These overloads in question, are only really created on the left side of the pitch, and this is due to a couple of reasons, which include; This shape ensures that at all times, there are more bodies on the left-hand side of the pitch, thus leaving Nicolas isolated on the right-hand side. Perhaps if this were a bait and switch, it would work in Pepe's favour but judging by the standard passing routes in the team, you'll notice that there's just a lot more emphasis on attacking from our left flank 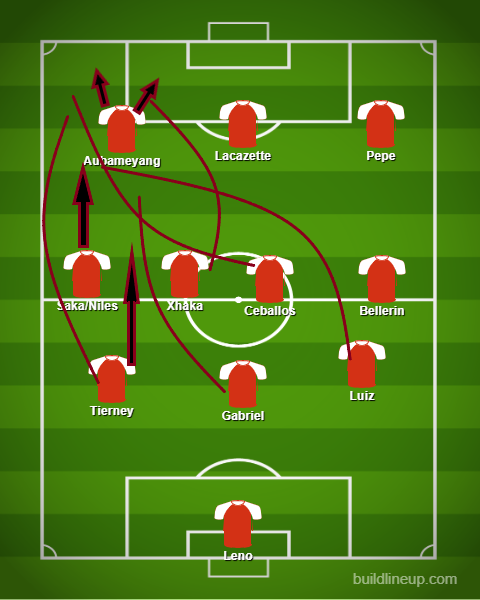 Perhaps, a byproduct of the fact that there are more bodies on that part of the pitch, the players generally go through that left flank. This means that there's little or no attention to the inside runs that Nicolas Pepe makes.

Pepe is an inside forward, rather than a traditional winger that hugs the flanks. This means that he's more dangerous when he's running at opponents, rather than having the ball to feet in a "stagnant" situation. More often than not, the latter is the case and he has to weave around more defenders than he'd like to since he's left isolated.

Attacking from the right flank I'm not trying to absolve Pepe of all the blame that comes from his performances, but at the same time, I feel like things would be a lot different if we had a more rounded number 10-esque figure dictating the play up front.

That notwithstanding, I feel like we haven't seen the best of Nicolas Pepe, and when Mikel Arteta really stamps his authority into the attacking side of the team, we will see a more dynamic and offensive setup. Share your thoughts and opinions in the comment section, and until we meet again, up the Arsenal.