The referee of the day, Paul Tierney did an amazing job in managing what was a nervy and feisty encounter between The Gunners and 19th place Norwich city at Carrow road. We came out with a 2-2 draw that leaves more questions than answers. Firing Unai Emery was the right decision considering how the team was barreling down the table but Ljumberg’s first game in charge showed some signs of the old failings and some positives as well. Let's take a look at some points to take from the match;

Its safe to say that virtually the entire fan base was shocked at the sight of the lineup that had both Mustafi and Xhaka starting. What was even more shocking was the absence of $90m signing, Nicholas Pepe who didn’t feature all through the game. These are early days in the Freddie experiment so we shouldn’t read too much into the squad.

The team set up in a 4-4-2 diamond while attacking that morphed into a 4-3-3 whenever we lost the ball. While attacking, Ozil had the freedom to roam(though largely ineffective) and create opportunities for the striking partnership of Aubameyang and Lacazette. The midfield diamond comprised of Xhaka at the base, creating from deep, while creating cover for the backline. Guendouzi and Willock completed the diamond on either side of Xhaka; their roles were to provide attacking support and width.
The defenders played a Highline when attacking and pressed to win the ball up front but were constantly pegged back when defending the ferocious counters from the Canaries. 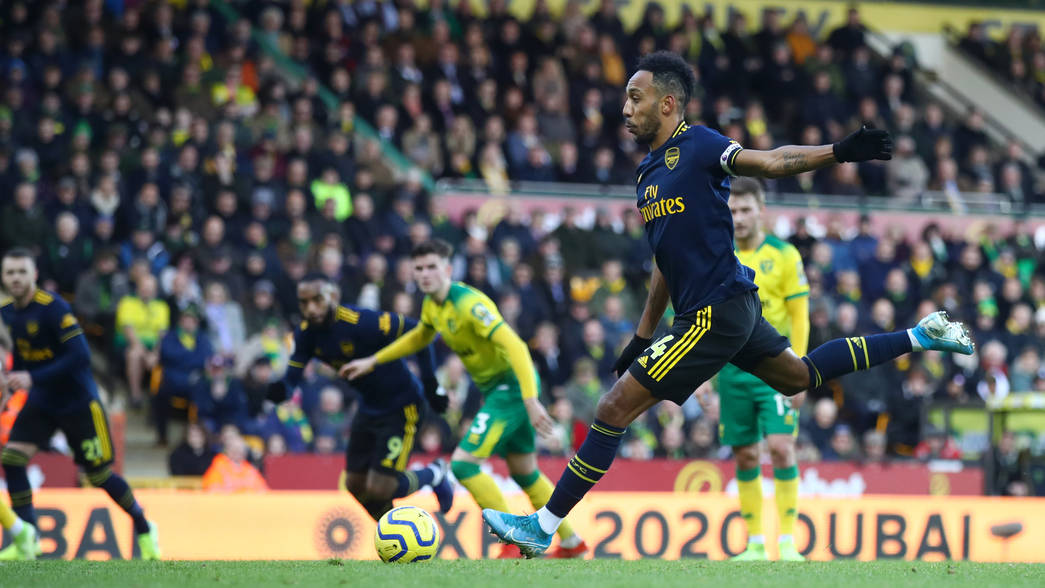 It was really nice to see the players moving the ball around with urgency and desire. During the early part of the game, we controlled possession and despite going 1-goal down against the run of play, we always looked like scoring. The lead only lasted 7 minutes, as the penalty was awarded. For a large portion of the match, we controlled proceedings, played a lot of dangerous balls and had a few missed chances like the Mustafi header that was cleared off the line by Hernandez or Torreira’s goalbound shot that was blocked by Zimmerman. At later stages of the match, the energy petered out and we struggled to cope with a Norwich side that desperately needed 3 points to get out of the relegation position.

A feature that characterized Unai Emery’s Arsenal was the shoddy defending. Arsenal has one of the worst defensive records in the league, with just 2 clean sheets after 14 games and if not for the effort of Leno, the scoreline would have been embarrassing. The defensive pairing of Mustafi and Luiz couldn’t cope with the movement of Pukki, McLean, and Cantwell for most of the match, while Chambers was constantly being caught out as the Canaries had a lot of joy on the left side of their attack, where both goals scored against us came from.
The midfield didn’t also do much to alleviate the situation as Xhaka, Guendouzi and Willock often left the backline exposed, particularly during counters. The second goal, for example, started when Willock lost the ball and didn’t trackback.

Yet again, our hides were saved by the German shot-stopper who made his 50th appearance for Arsenal today. The two goals conceded were as a result of some terrible defending in front of him and if not for his impressive saves, we would have suffered a lot more. The first goal was as a result of a wicked deflection, while the second was a gift to Cantwell by the stationary gunner's defenders.
The German shot-stopper was crucial and despite constantly being put under pressure by either his teammates’ back passes or from onrushing Norwich players, he held his nerve and marshalled the game.

Guendouzi is the Real Deal

The young French midfielder was a shining light in the Arsenal midfield. He was largely influential through his darting runs into space and constantly improving passing range that picked out Lacazette and Auba in crucial attacking positions. He still has a lot of improvement to do but in a midfield that had the anonymous Mesut, out of shape Xhaka and struggling Willock, he was a joy to watch.

VAR to the Rescue

VAR has had a mixed response this season but I’m glad it exists. The spot-kick tucked away by Aubameyang was as a result of the new technology but not without the controversy of having a retake after a few Norwich players encroached the 18-yard box during the first kick that was missed by Auba. The verdict is still out on VAR but I think it will do more good than harm in the long run.

It’s not a bad start to your career but not a good one either. The team exhibited a lot of traits and shortcomings from the old guard. Freddie has had only one training session with the team, so he should ideally not be judged based on this performance. With that said, we showed more energy and hunger, and it was good to see Aubameyang amongst the goals again. He gave both the team and my FPL team a boost.

Our last two games were against the 18th and 19th position and we’ve come out with just 2 points. Our current tally of 19 points after 14 games is our worst start to a top-flight season in nearly 40 years. Things will get really bad before they can get good, wherever the team goes, we go. Until we meet again, Up the Arsenal