Okay, let me start by saying that Mikel Arteta is one of the prettiest managers I've ever seen in football. Everything from his hair, facial expression and that beautiful leather or was it silk jacket today was just perfect. On the other hand, the football we've been playing hasn't been perfect, but at least it has been giving us results. 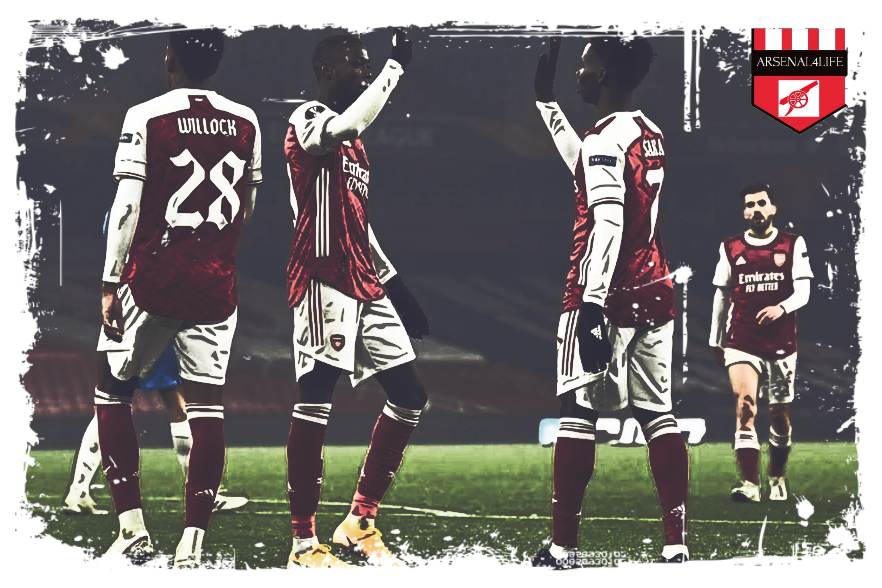 The match started at a slow pace and both teams took a minute to ease themselves into the game. Neither side looked particularly threatening but we edged them in possession, so had the ball further up the pitch for longer periods.

Most of our attacks were coming from our right wing, that was occupied by Pepe and Niles. The combination wasn't working out, with Pepe in particular, struggling to do anything effective. On the opposite flank, we had Willian and Kolasinac, and it was pretty much the same.

The difference between this team and the one that played against Manchester United was glaring. We lacked the composure and control, particularly in midfield, where unlike Partey and Elneny, Ceballos and Willock lack defensive awareness. This means that Molde had a lot of joy in the centre of the park, and that's also how their goal in the 22nd minute through a seemingly tame but expertly taken curler.

After the opening goal by the visiting team, it became an Arsenal show. We controlled possession and had more urgency about our game. We moved the ball with a bit more zip and despite our underlying lack of creativity in midfield, we still got into dangerous positions. Nicholas Pepe, in particular, seemed jaded on the right wing, and moving him to the left drastically improved the attack.

The equaliser came right at the end of the first half from an own goal. We continued where we stopped in the first half and continued dominating the game. Then, in a weird fashion, we also got the second, from another own goal. Afterwards, Pepe and then the constantly probing Willock put the icing on the cake to give us a 3-goal margin.

Owing to the way Arteta has rotated the squad, it is hard to tell who is a starter and who isn't. I mean, other than Auba, Leno, Tierney and Bellerin, everybody else seems to be shuffled around. This means that the team stays fresh and we generally look like we're fielding a strong team every time.

It was nice to see young guns like Willock and Nketiah getting much-deserved game time. They combined well with the more experienced players to produce a vital win that cements top spot in our group.

The team looked suspect at times, and if we were up against better opposition, we would have been put to the sword. With Partey and Elneny, the team had no ball winners in the centre of the park, and so Molde had a lot of joy there. A better team would have done a lot of damage against us on a different day.

We also still lacked that cutting edge. We were still lacking in creativity and relied on our superior athleticism to overpower our opponents at the dying embers of the game. When Elneny came into the match, he brought more control and composure in the centre. He was also instrumental in creating the 4th goal of the game.

The boring and languid style of play that has me dozing off during matches is starting to seem intentional. I think we've gone back to the pre-wenger era when people use to chant "boring boring Arsenal" but hey, we won trophies then and I'm confident we'll be winning a trophy this season. Much to come in the season ahead, but we stay hopeful, and until we meet again, Up the Arsenal.